skip to main | skip to sidebar

Greetings to all!
Today's introduction will be devoted to Tibet mandalas. Until recently, the ritual of building Tibet mandalas, could be seen only within the walls of Tibetan monasteries. Mandalas were required attribute of Buddhist ceremonies. Wishing to maintain this unique tradition, Dalai Lama allowed the monks to build mandalas in different places around the world. The main objective of the monks to benefit the largest number of living beings. They say, that one look to mandala clears from all disease and negative energies, that impedes spiritual growth. For thousands of years, Tibetans have achieved extraordinary sophistication in it.

Each mandala is the symbolic image of palace with deity. It was believed that mandala is a gift to the gods, and must be extremely beautiful and perfect. In ancient Tibet, mandalas created of small semi-precious stones, such as turquoise, jasper, malachite, amber, pearls, coral, etc. Nowadays, Tibet mandalas created from the crushed marble. Obtained marble crumb must be sift and color, then sorted by size of particles. Each mandala requires 14 colors. Background for future mandala spread of the same crushed marble, but in some monasteries it could be from large pieces, which visually resemble gemstones. Then, on this surface caused decorative patterns and symbols. In ancient times, sand mandalas created by hands. Now it is done with the help of chakpu - special metallic conical tubes. Such technique of sand application is Tibetan know-how and isn’t found nowhere in the world. Mastering this art requires a great deal of patience and hard practice.

Tibet mandala is the integral part of tantric ritual, where strictly adhered ancient canons. The whole sequence of creation, color and structure of mandalas, are described in specific texts. The monks know the texts by heart and create mandalas from memory. Structure of each Tibet mandala represents image of palace, facing to the four corners of the world. Spreading the sand starts from the center and go to periphery. Building of mandala makes, usually four monks, each of whom is responsible for some side of the world. Mastering the sand painting is not the most difficult task. Much harder to learn the ritual itself, the text and melody, in which the mandala is constructed. The ceremony is always accompanied by singing overtones. Place and space, where the monks work in the meditative focus, filled with love and harmony. The more sophisticated work of monks, the more likely it is that anyone, who saw the mandala, receives a blessing from the Buddha. Construction of a large sand mandala takes about ten days. The final phase accomplished by the gratitude of all enlightened beings, teachers and mentors who bring them knowledge through the centuries. The finished mandala is dissolved, like a beautiful flower, gift peace and balance to each.

At the end of ritual, mandala must be destroyed. This is a special ritual, which determines Buddhist idea of impermanence of all things. Everything in our world is subject to collapse, and the mandala is not exception. This ritual is symbolic and holds a lot of different actions. At the final stage, monks sweep mandala to the center and put sand into the ritual cup. This sand has tremendous purification force and powerful energy, which should be directed to the benefit of all living beings. Then the monks go to the river or ocean, in order to bring the sand as a gift to the spirits of water to take it and extend the blessings to the worldwide. And so it ends the whole many days ceremony.

Indeed, the Tibet mandala is the key to hearts of everyone. 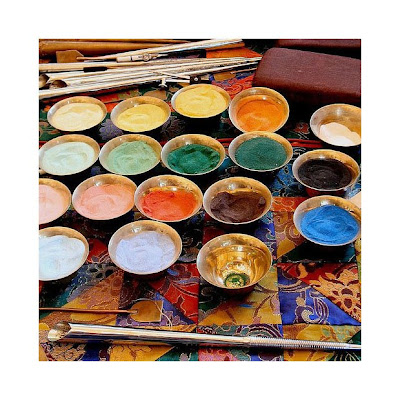 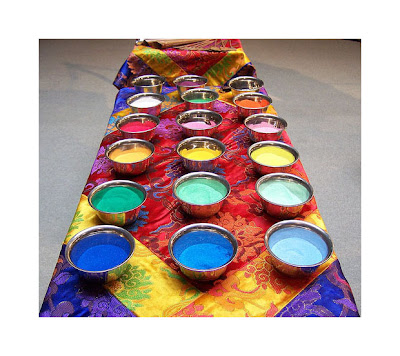 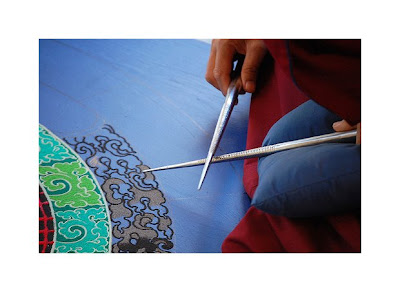 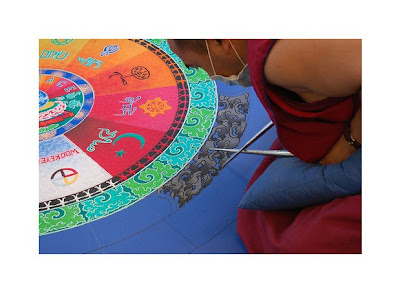 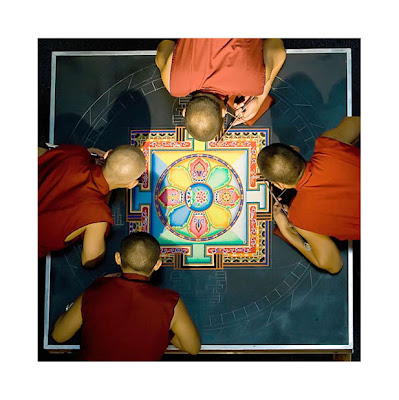 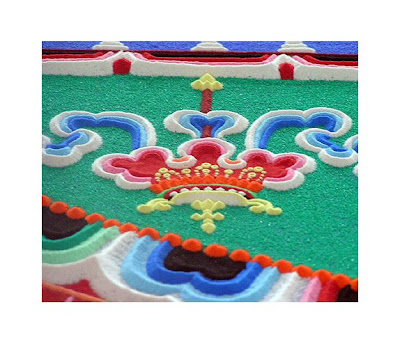 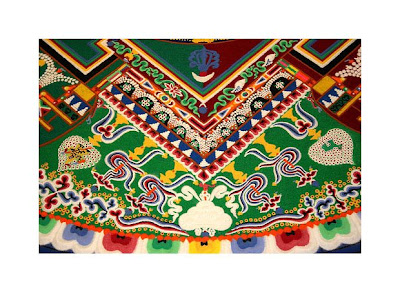 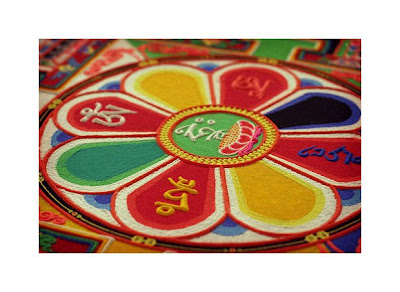 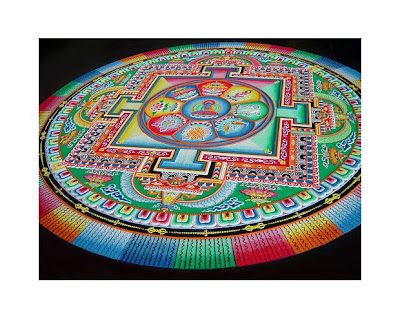